In my previous articles on TDE Ive gone through whats TDE and how to configure it. Now here in this article Im going to test whether Im able to restore attach the database without encryption key since the main property of TDE is not to allow to use the physical files of the database without certificate. Ill also brief about how to copy move the database that is encrypted with TDE.

Testing TDE without Certificate in the Instance

In the previous article Ive encrypted the database TDE_Testing, lets try to use the physical files of this database with different methods to restore attach in another instance which doesnt have this certificate and lets check whether SQL Server 2008 detects this.

Now we have the backup of encrypted database lets try to restore it in a instance which dont have the certificate. SQL Server 2008 has immediately thrown the error couldnt find the certificate.

Hence if you encrypt the database with TDE you should have the certificate backup with the database backup then only you will be able to restore it in different instance.

Hence if you encrypt the database with TDE you should have the certificate backup with the database physical files then only you will be able to attach it in different instance.

Hmmm, both the methods failed. Ok lets see whether SQL Server 2008 detects TDE on compressed backup. Now Im going to take a compressed backup of TDE_Testing database and going to restore it in another instance. 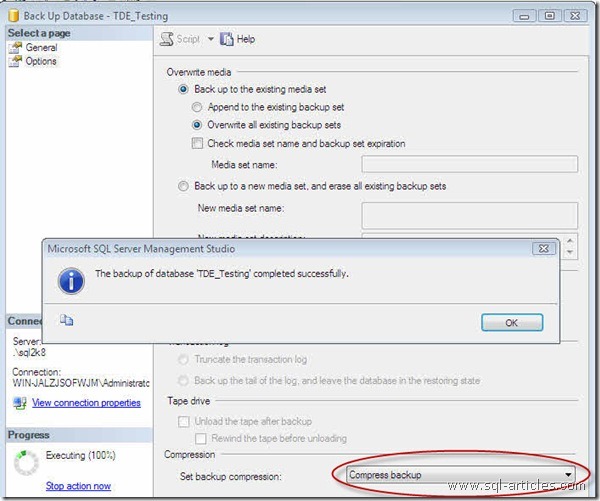 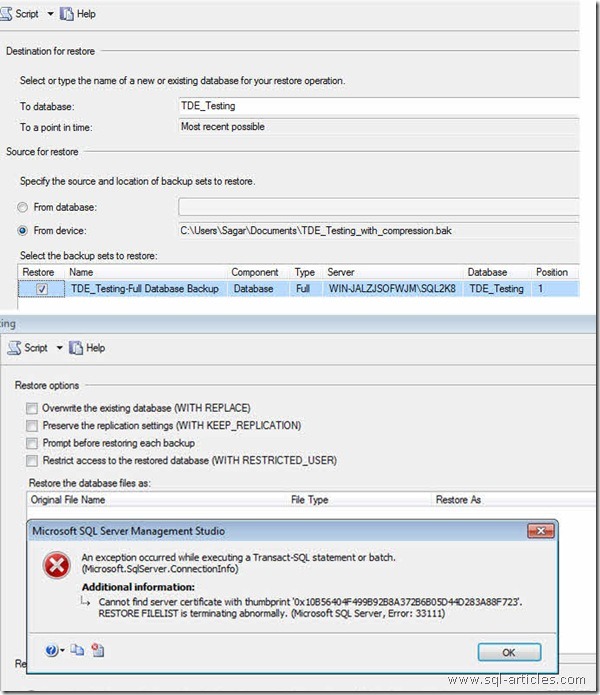 Yeap! SQL Server detects TDE in compressed backup too. So you to have the certificate backup. 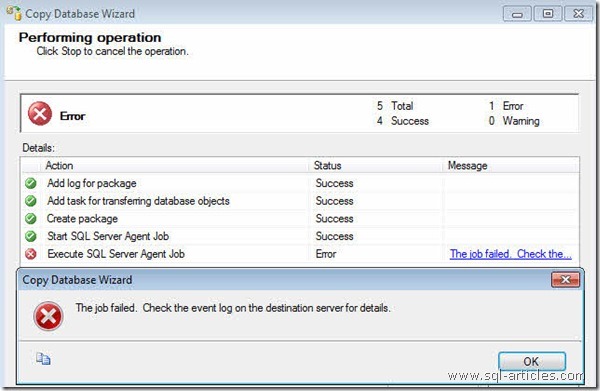 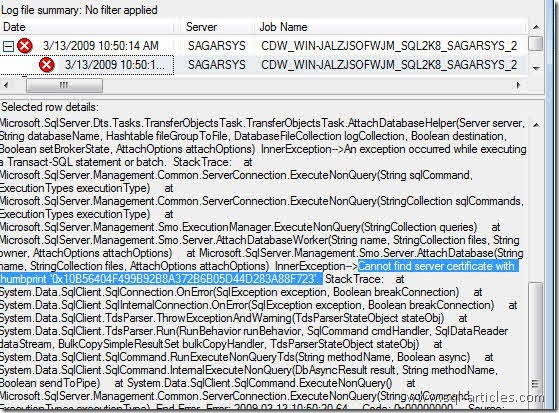 Ok Lets all the method above failed, lets try to use Import Export wizard to move the datas from one instance to another instance. 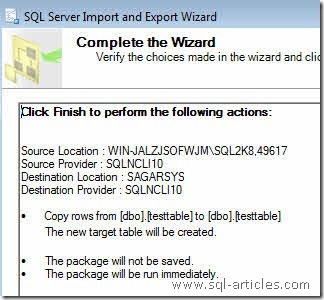 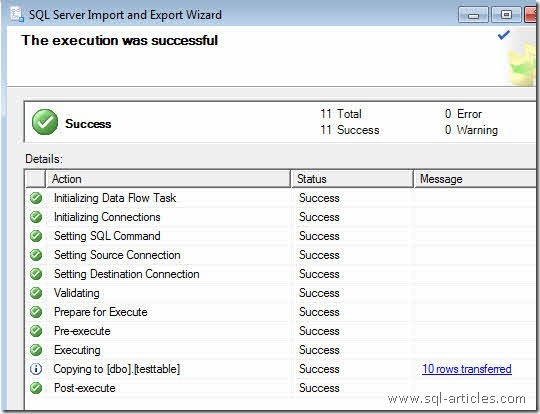 Ah Ah!.. This worked for me.. You know why this worked, because this is out of TDE architecture and TDE doesn’t encrypt the data’s which is residing at buffer pool or in memory hence when you use Import Export wizard data’s will be retrieved from disk to buffer pool hence those data’s are not encrypted and its transferred to another instance without encryption hence this gets succeeded.

Lets discuss the proper method to move copy the database which is encrypted with TDE.

Move Copy a database which is encrypted with TDE

Now we have restored the certificate in the destination instance, now lets try to attach & restore the database, this should now work.

After the certificate is restored we are now able to attach the database.

Great this too worked lets see whether the database is encrypted in the destination server.

Always Encrypted - An Over View - Part 1
Always encrypted is a new feature introduced to encrypt the  in rest as well as during transport. It's been quite long time the feature has been ...
Learn more
Batch script to deploy multiple SQL files
I was working on a project where I’m supposed to deploy lots of SQL Server script files (.sql). It’s very tedious job either to manually execute ...
Learn more
Implementing Transparent Data Encryption (TDE)
In my previous article we have discussed what is TDE, how it works, its pros and cons. In this article Im going to cover how to implement transpa...
Learn more
powered by RelatedPosts