Below are the things that are covered in performance dashboard.

Let’s now discuss how can we enable the same in SQL Server 2012. 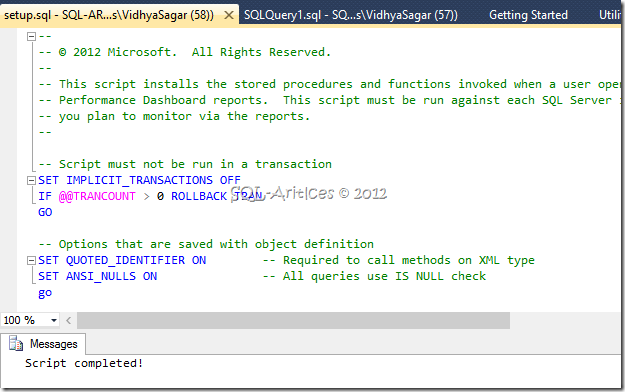 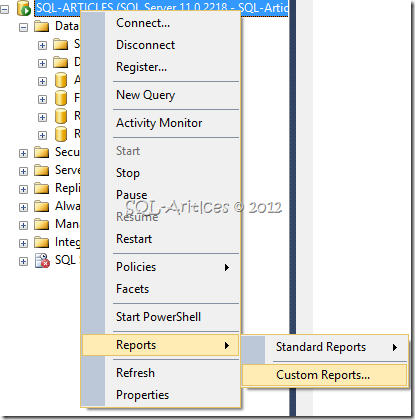 You will get a warning message before executing it from SSMS, ignore that and click “Run” button. 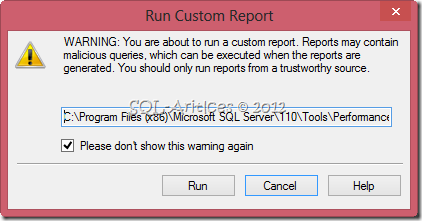 That’s it you will get all the performance overview of the server, just click on the links in the report to get more details of the report. 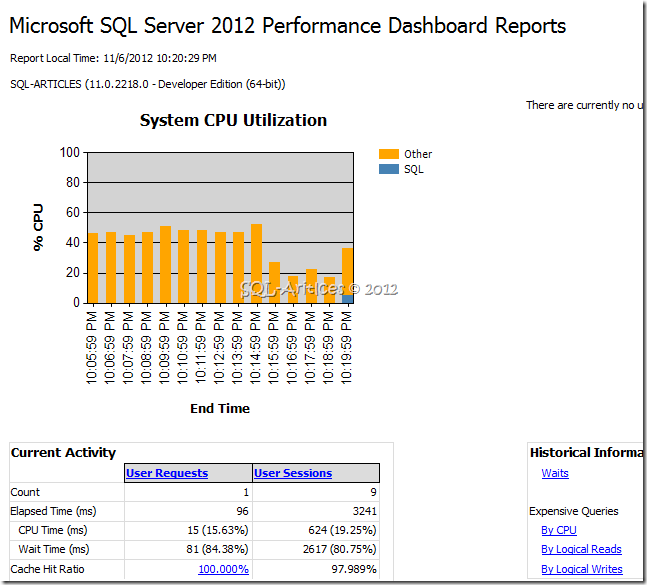 This tool is very useful to get overall health status of the server so you can get an over all idea where its going wrong. Hope this tool will help you guys to get some information about SQL Server health in the first instance itself.