MCSA is the basic certification and MCSE is the highest certification in SQL 2012 certification path. You also have an option to upgrade your existing SQL Server 2008 MCTS \ MCITP to SQL Server 2012 MCSA \ MCSE respectively. MCSE has been categorized into two sections, one is Data platform and the other one is Business Intelligence. If you notice there is not separate certifications for DBA or Developers, now it’s merged into single title which is the Data Platform certification. To simplify the certification path I have just prepared a hierarchy, from which you can choose your path to know the list of exams you need to undertake. 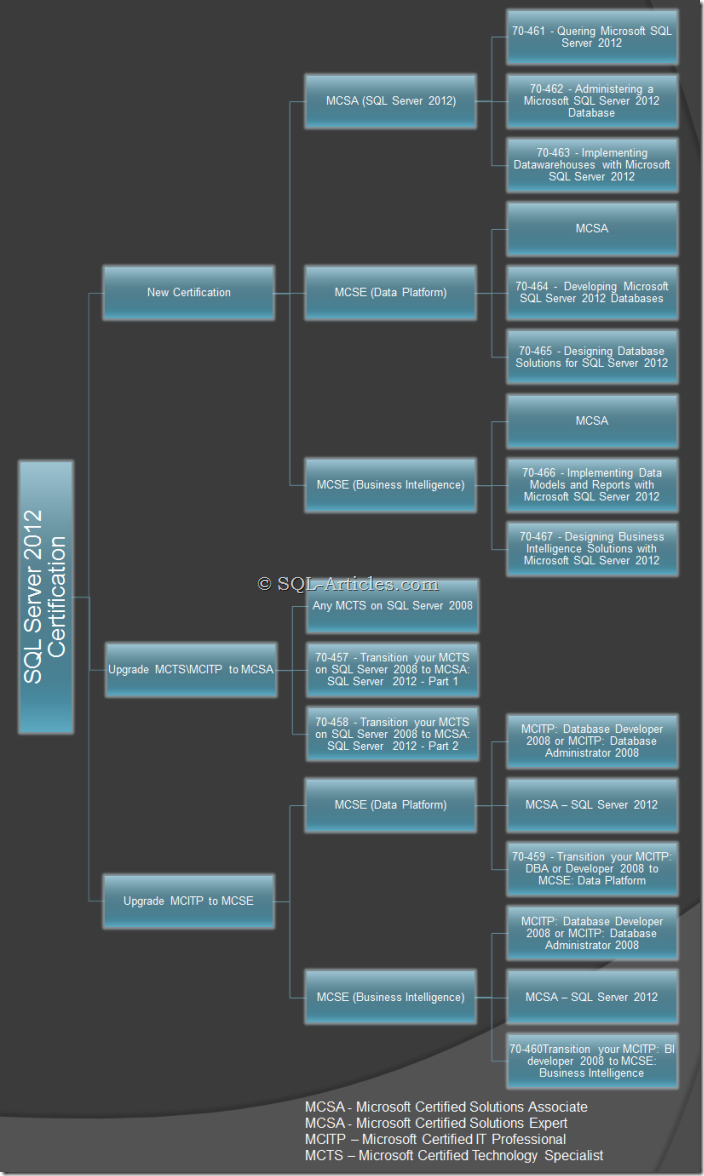 Hope the new certifications should be easier to you guys. Download the trail version of SQL 2012 and the play with it, then go with the certification.