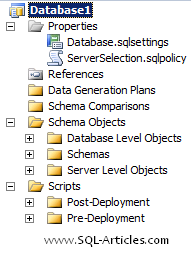 Batch Script to Deploy Multiple SQL files (Version 2)
I took very long break to keep the site up to date with my learning. Few years back I wrote an article to deploy multiple scripts using batch fi...
Learn more
SSIS 2014 Execution Error while validating Script Component
It's been so long after my last article. Looks like I been lazy for few years now :-) I assume lot of people using  SSIS package deployment util...
Learn more
Batch script to deploy multiple SQL files
I was working on a project where I’m supposed to deploy lots of SQL Server script files (.sql). It’s very tedious job either to manually execute ...
Learn more
powered by RelatedPosts